As previously reported in last month’s article, June was a massive Gathering meeting with all previous attendance records broken.  August’s overall attendance was just a fraction down on July’s, and that was a remarkable effort by all.

Once again, the forecast proved to be spot-on and from lunchtime onwards on Thursday we had warm sunshine and the roads were rapidly drying. We were blessed as we again witnessed over 140 classic cars and over 30 classic bikes in the bike park! Yet again, it was good to meet and greet our regular attendees, and extend a warm welcome to the new ones. We continue to hope that you will keep on coming.

This time there will be just a few vehicles that were to be singled out. There are just so many now, but if you are interested then you should ensure you are at the next Gathering! In August we had a Doriot Flandrin Parant (DFP)– a rare early 20th century French car and this attracted a lot of attention. Also we had the usual mix of British classics (Rolls Royce, Aston Martin, Jaguars, Austin, Rover, Singer, Lotus, Triumph, MG, Jensen, Mini, a nice Vauxhall Cresta and Ford Zephyr) and others (Citroen, Trans-am, GM, Porsche, Maserati, Jeep, Mazda, Volvo). In the motorcycle park we has a gorgeous Modial 175, Suzuki T20, a couple of Guzzis, BMWs some BSAs, Nortons, Velocettes, a Laverda, AJS, Triton, Honda and Sunbeam.

Thanks as always must go to all who attended, whether showing a vehicle or not. Also to Andy and crew for the fine food he always prepares; to Anne and team for the bar (which again did a great job); to Maureen, Carol and their crew of additional volunteers for the cakes and coffee, to Loreen for running the raffle; to Debbie and Sue on the gate, to Steve P, Steve C for helping marshalling, to The Jackson Stop Inn (Stretton) for donating a generous raffle prize, and to all the supporters who lend a hand as and when. 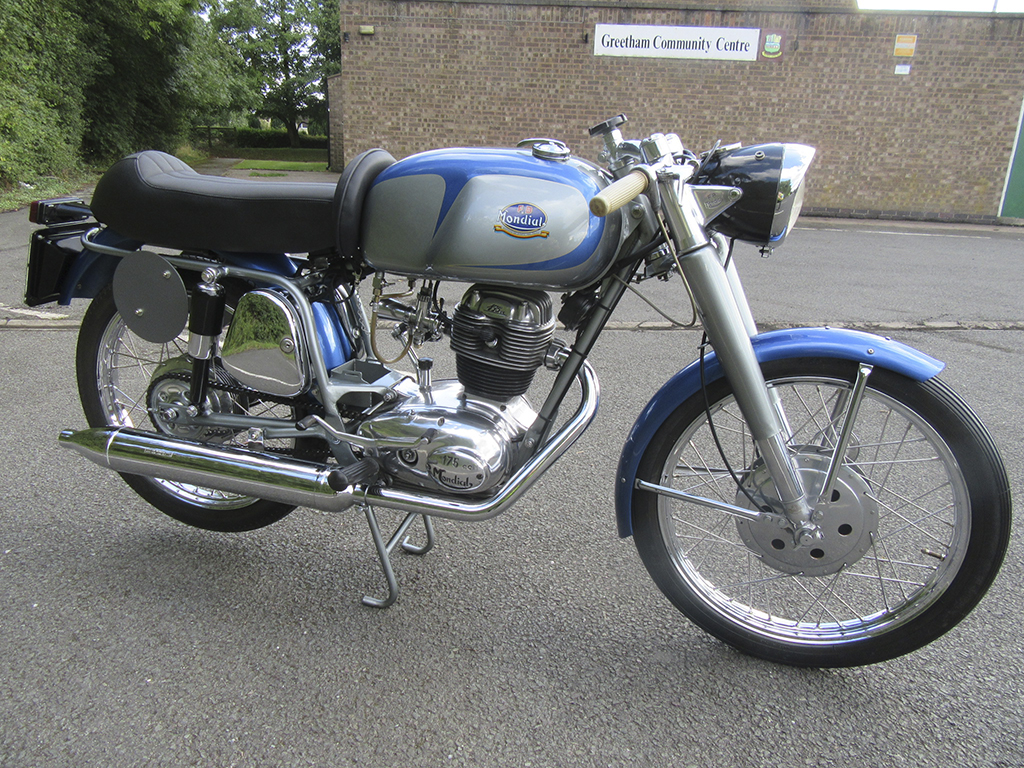 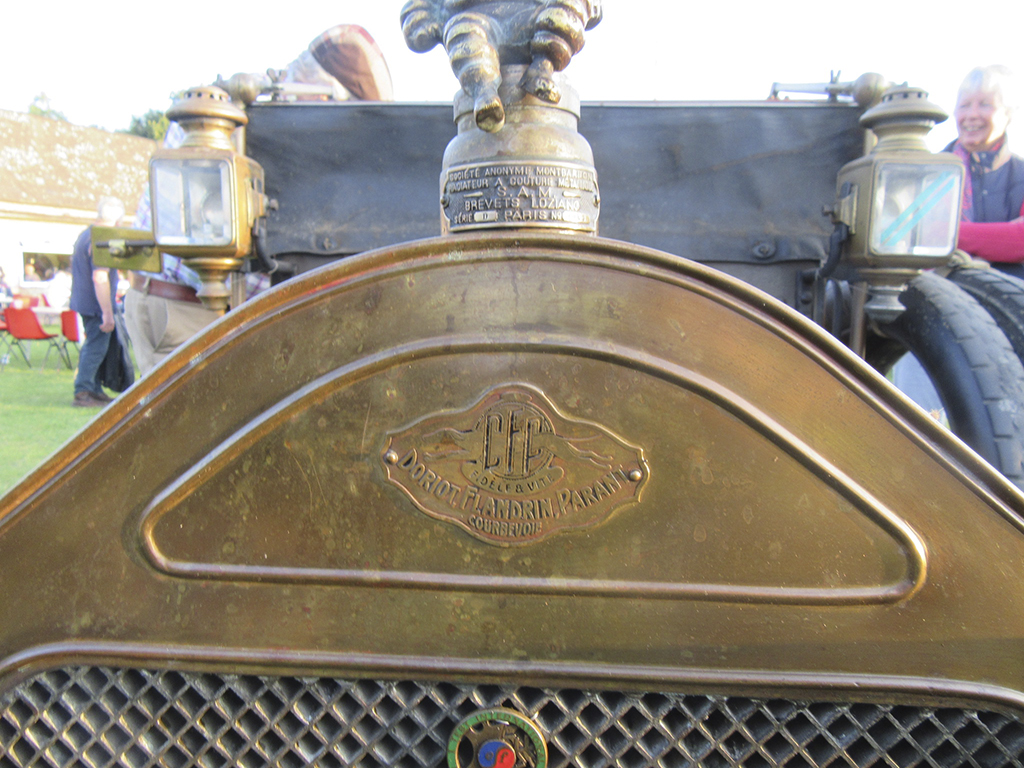 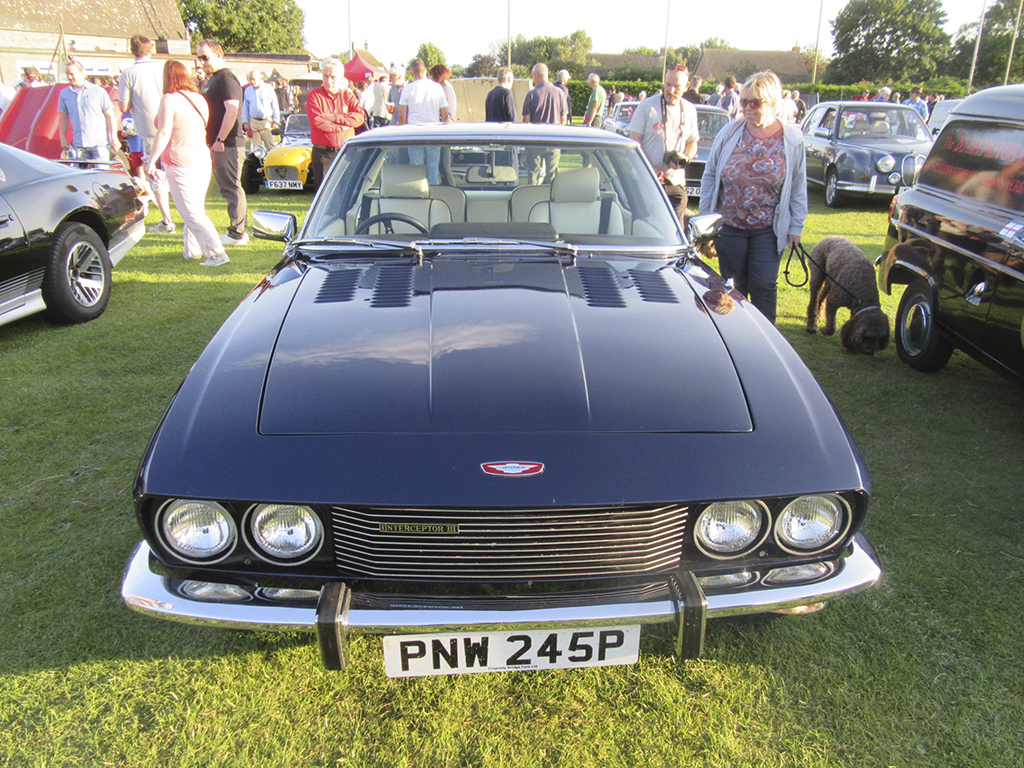 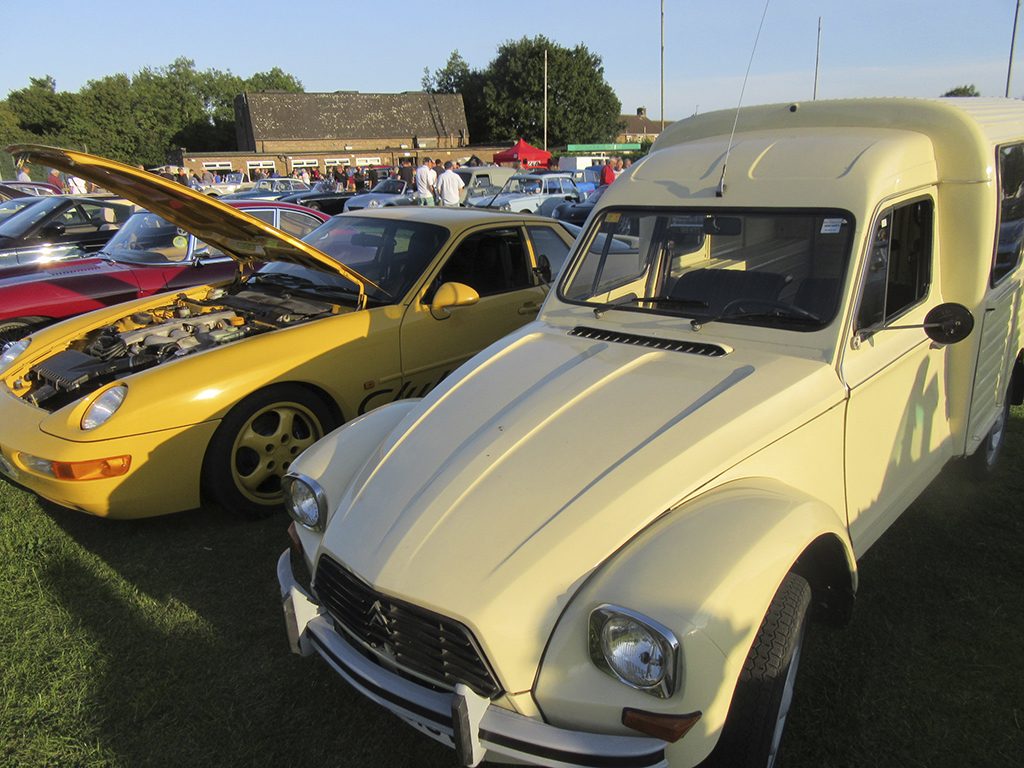 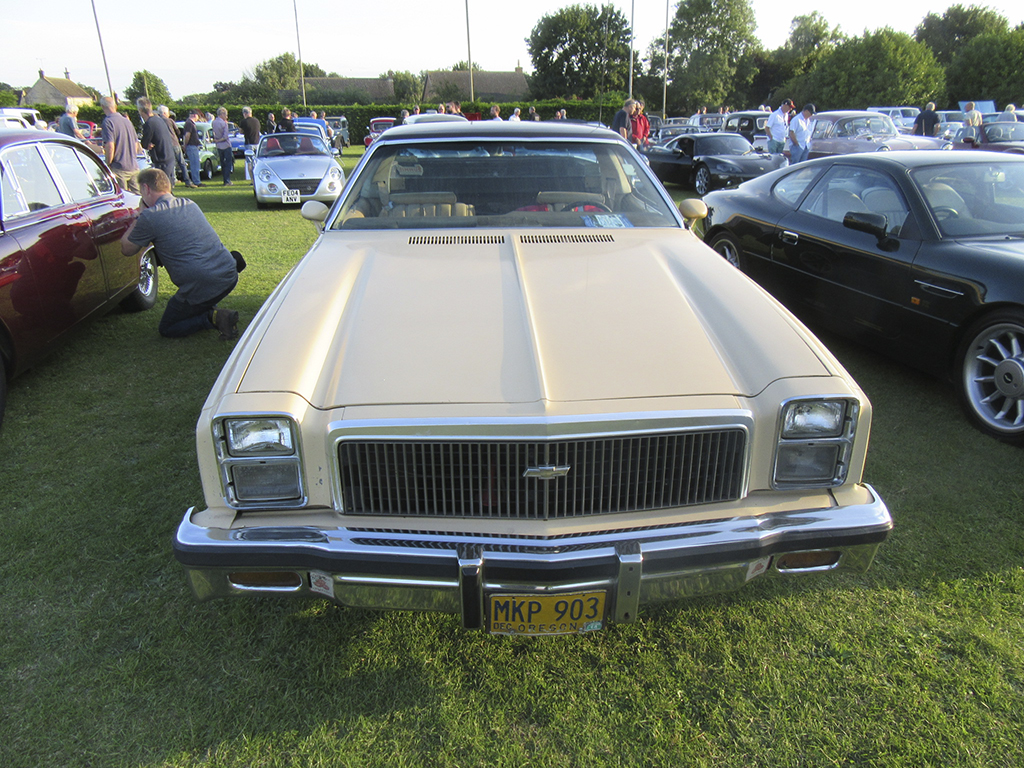 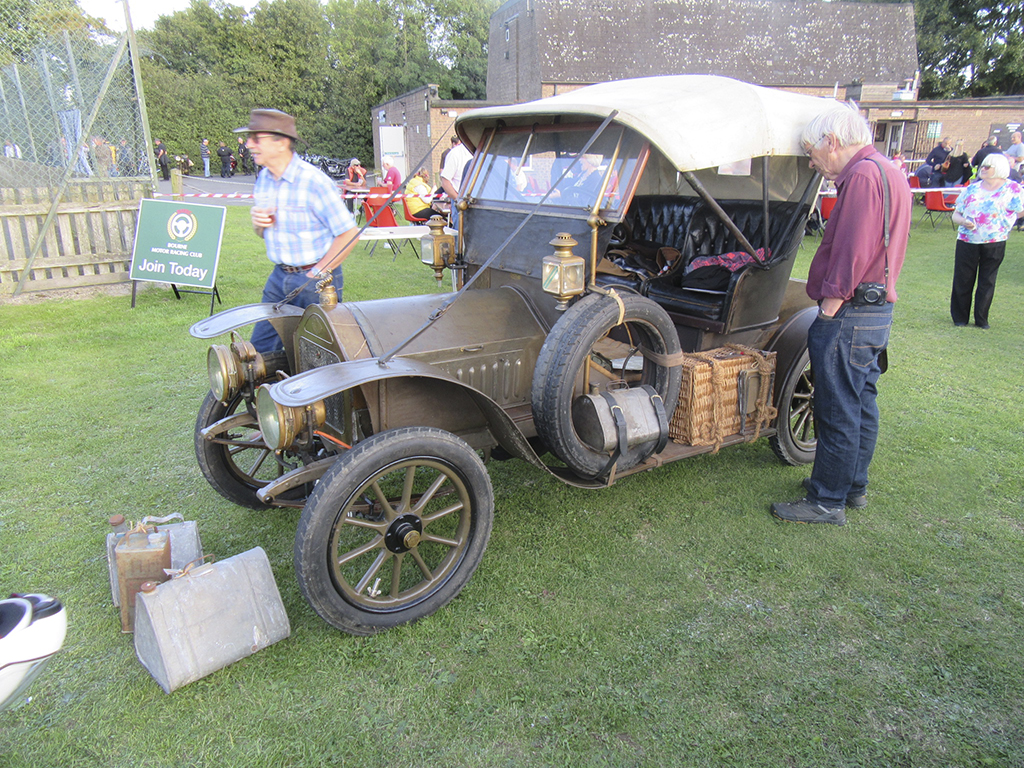 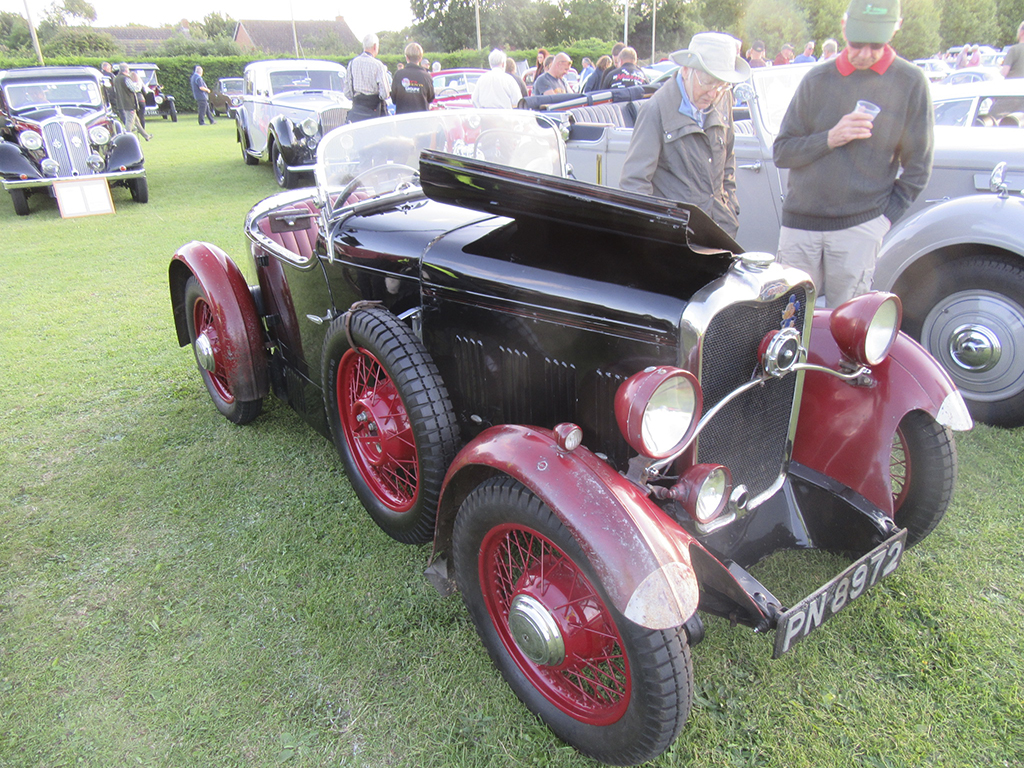 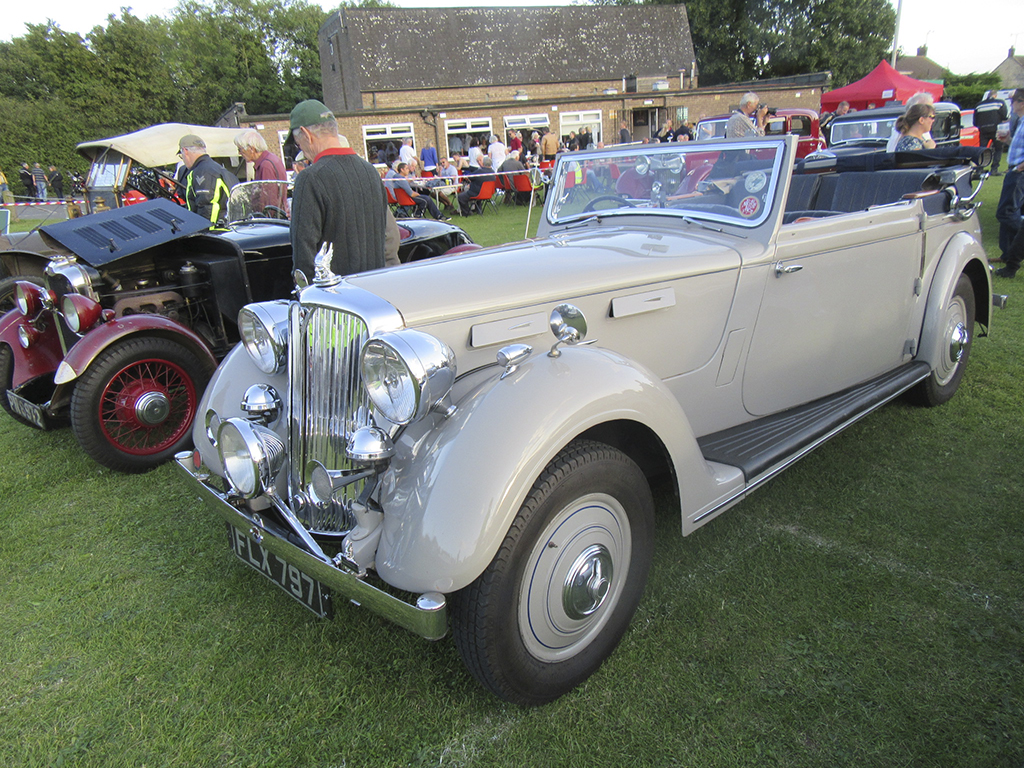 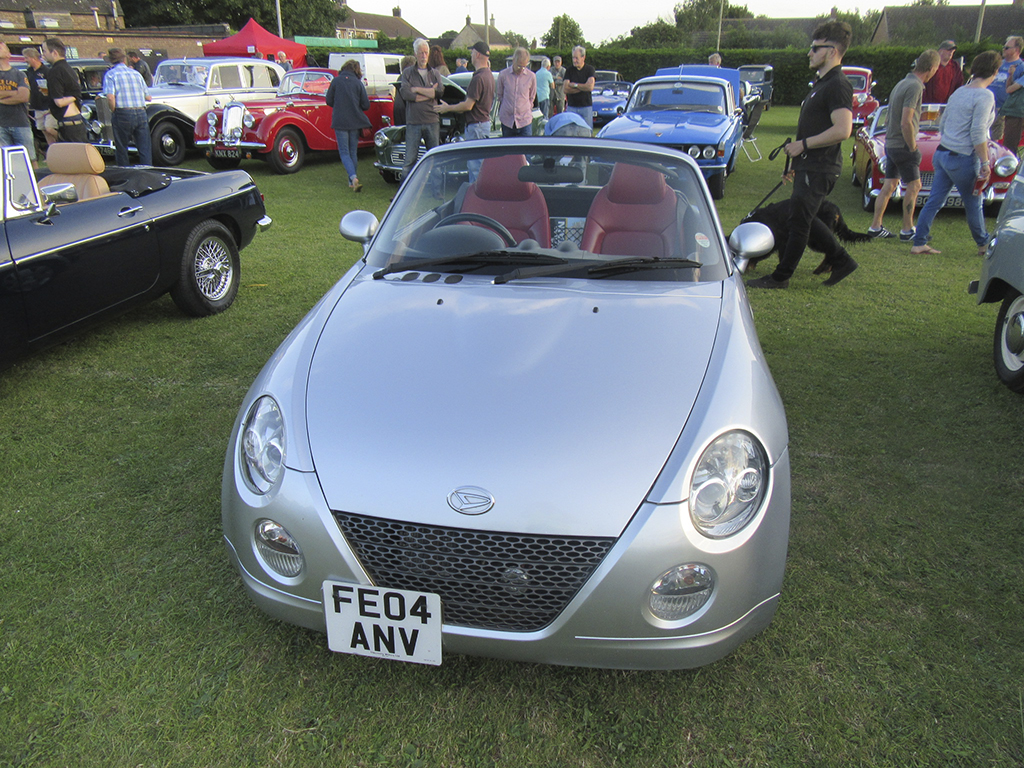 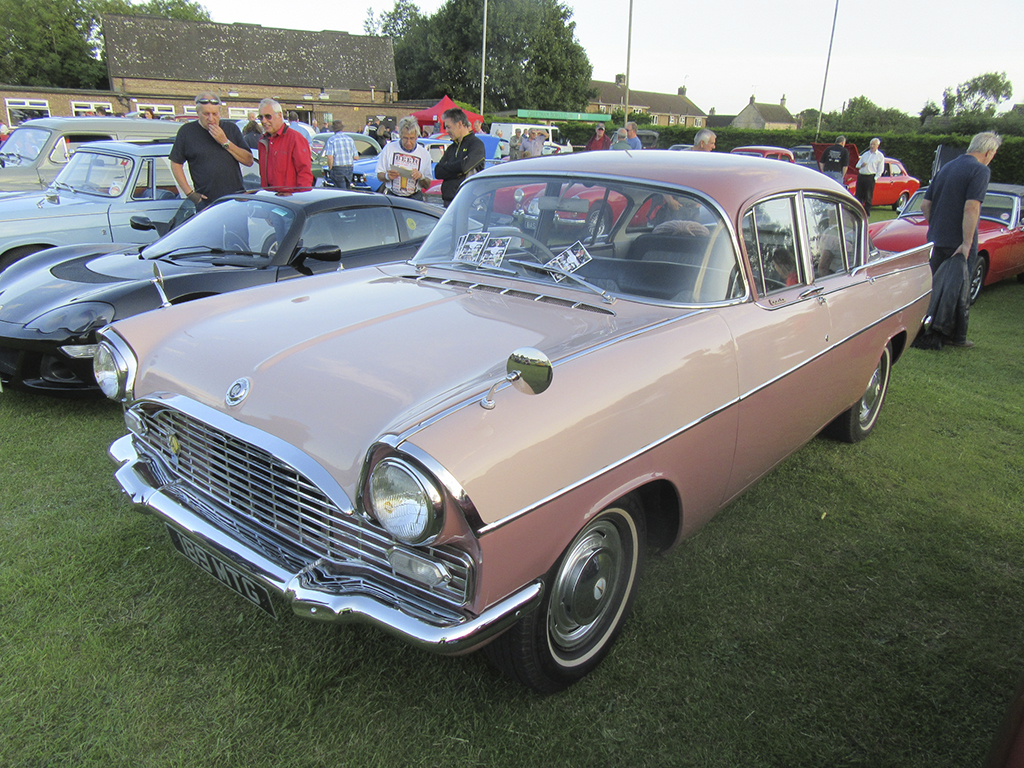 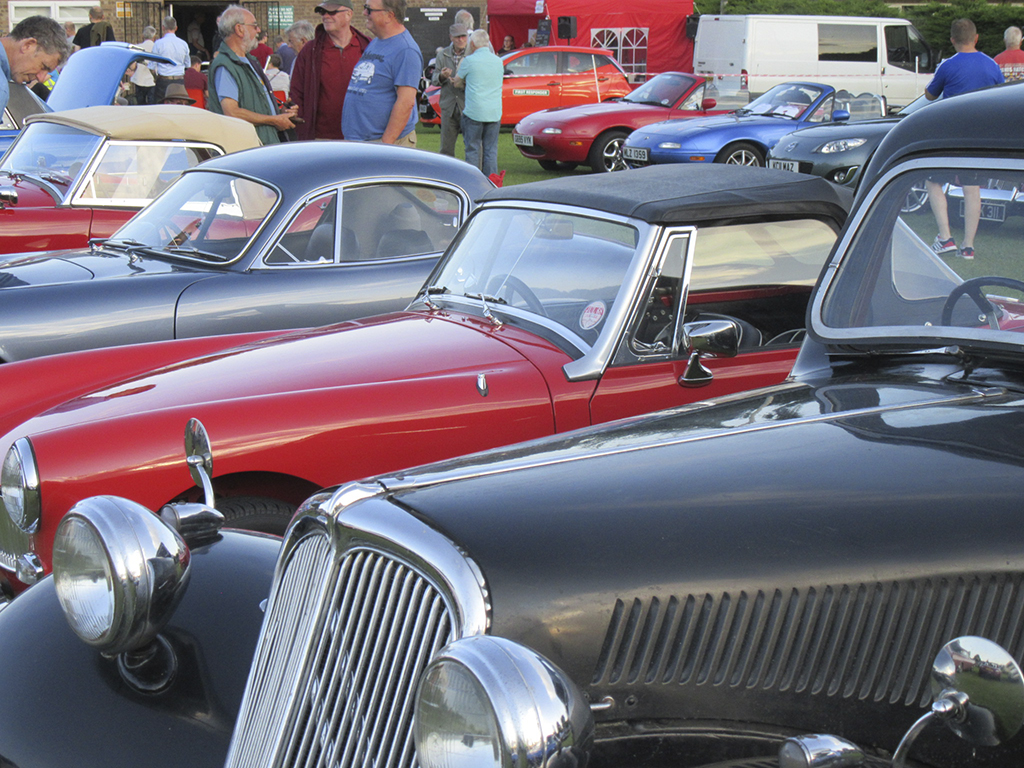 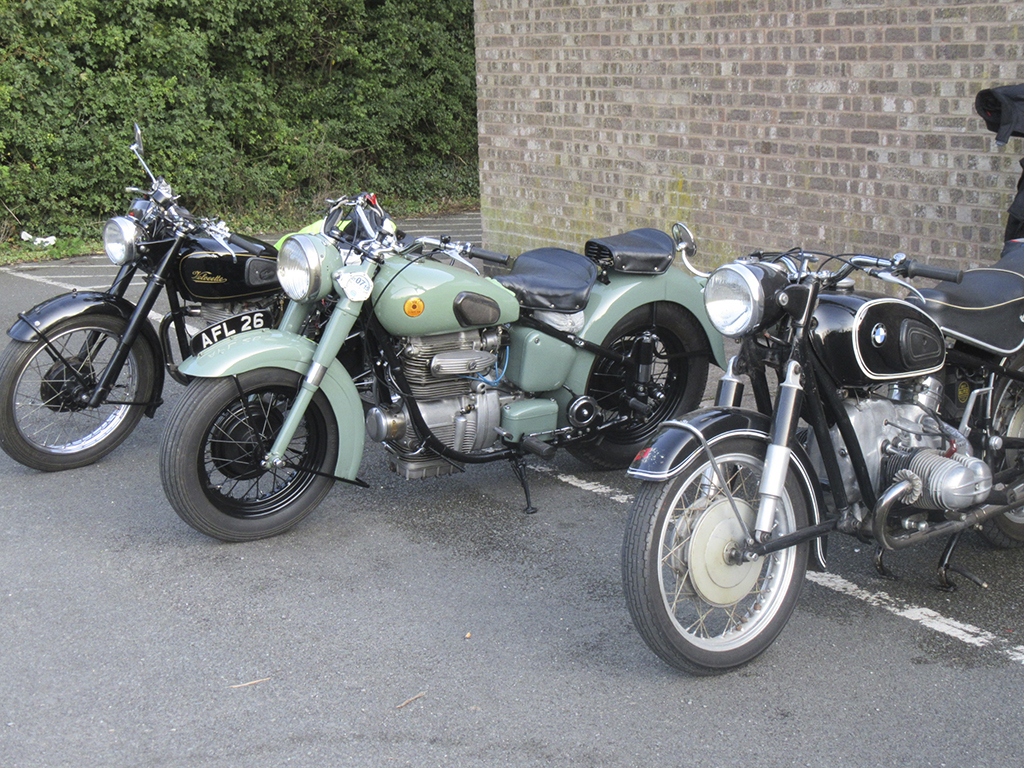 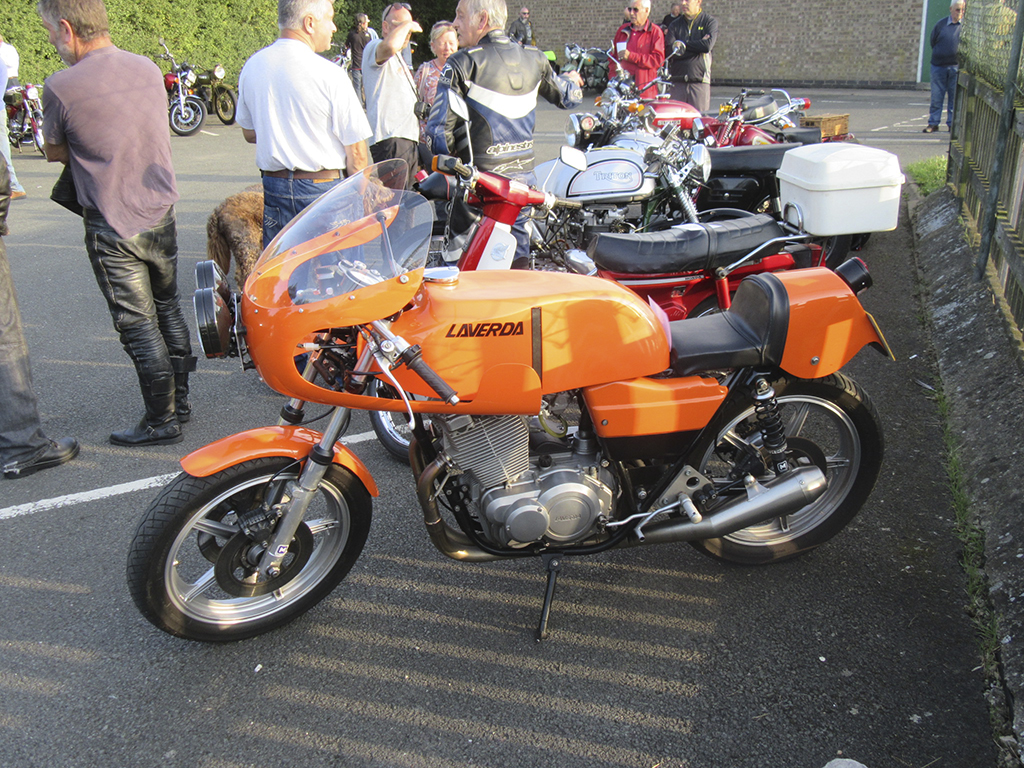 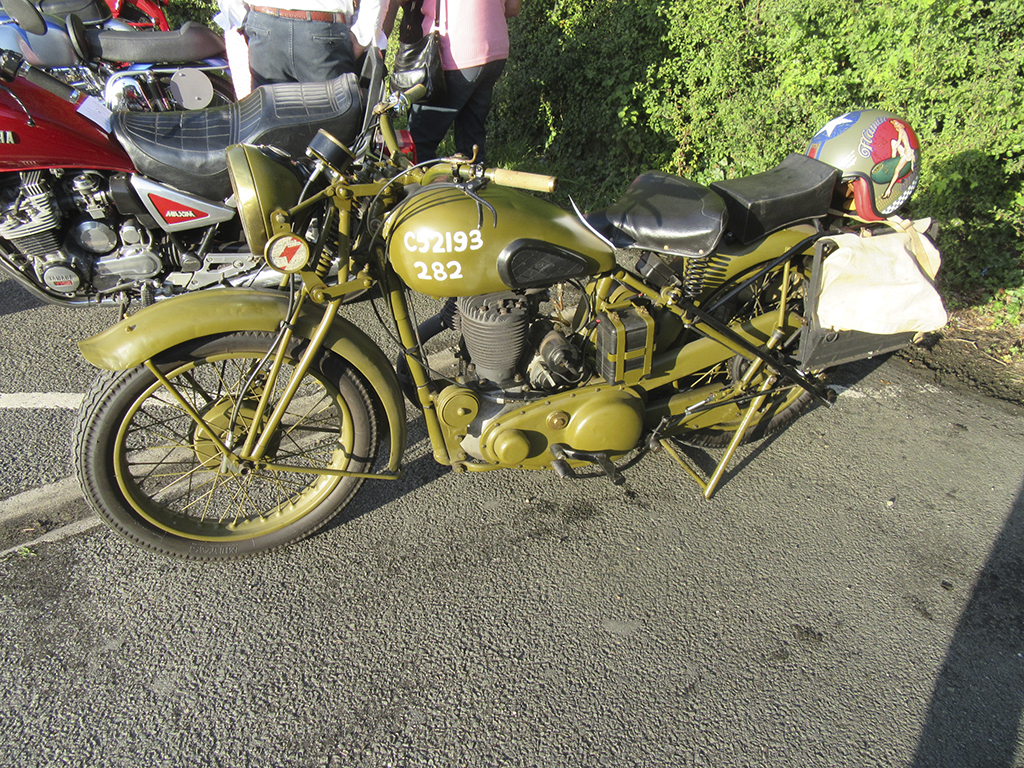 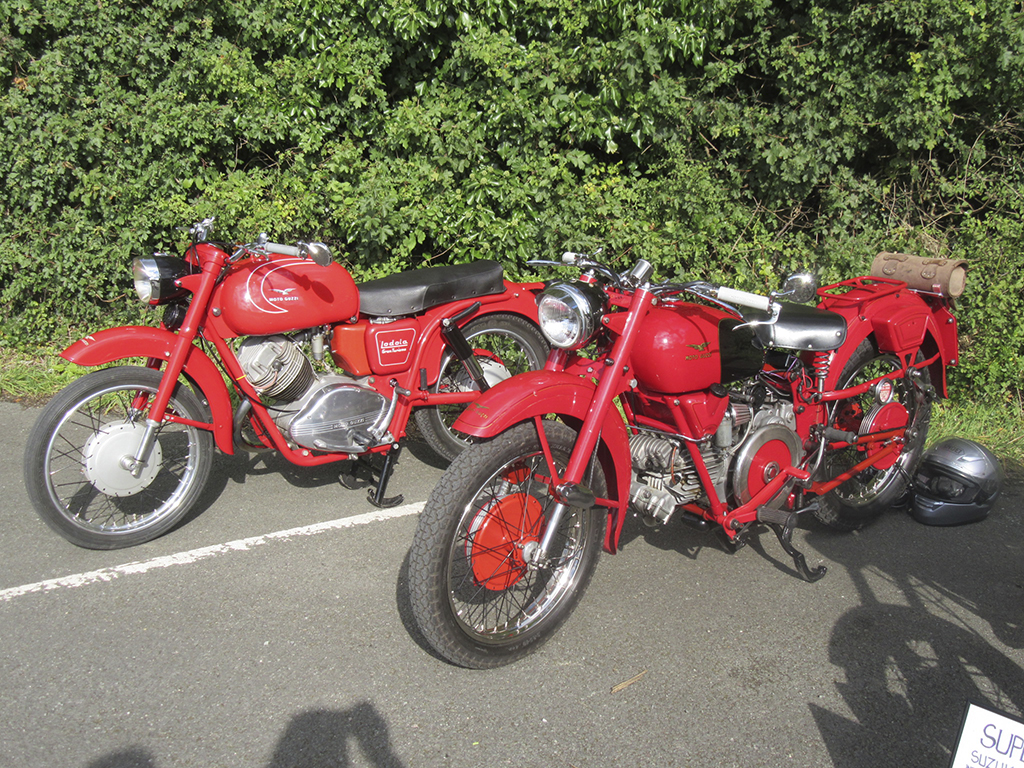 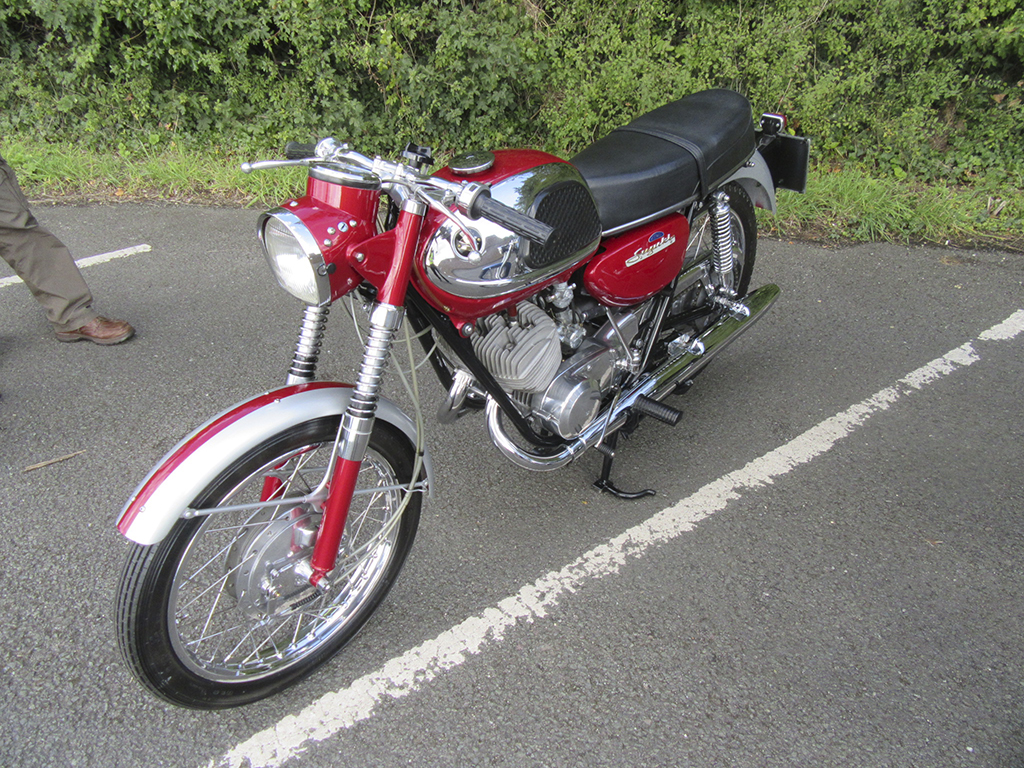